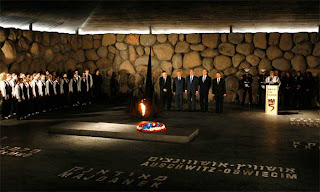 There’s no fooling humanity anymore! Mankind nervously watches current international and Mideast events spin apocalyptically out of control. The world accelerates toward a one-world banking system, one-world order, and a one-world leader. The sign’s of the times suggest the biblical Antichrist has already arrived on the scene!

Atop the list of end time’s Antichrist signs are current Middle East war gyrations. The Bible predicts that hostilities between the Jews and their Arab and Persian enemies will rise to an unprecedented fever pitch. It further states that the whole world will someday turn against Israel, leaving the Jewish State to fend for itself. From the looks of things in the cradle of civilization, that time appears to have come!

Eschatologists email each other daily with new evidences that current events continue to reinforce their conclusions that humanity is hastening toward the dreaded “Tribulation Period”. Many of them teach that this 7-year period commences with a covenant confirmed for a similar duration between Israel and the Antichrist according to Daniel 9:27. Isaiah 28:15 and 18 identifies this Middle East peace - pact as a “covenant of death”. Isaiah’s rendition likens it to an agreement with Hell! (Click Here to Read Entire Article) 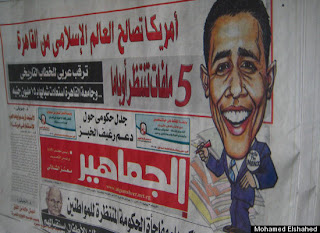 Relentlessly, the Obama administration pushes for a new Arab State called Palestine. Another indication is the recent implementation of a three-year $20 Million U.S. aid project intended to improve services in the Palestinian occupied West Bank. This American backed campaign earmarks $175 thousand for new roadside signs written only in Arabic and English.

Palestinians long ago eliminated Israel from their children’s textbooks and classroom maps, and now with American approval they intend to remove Israel from their road signs as well. These new markers, which may as well be written in Greek for Hebrew speaking Jews, evidence yet another forced attempt by the Obama administration to force Israel to forfeit land for peace in the Middle East.

Recent polls suggest that Israelis are fed up with American meddling in their national affairs. Among Israeli Jews, Obama runs neck and neck with Iran’s president Ahmadinejad in unpopularity. The Jerusalem post reported on August 27, 2009 that only 4% of Israeli Jews believe President Obama is pro-Israel. This was down from 31% in a similar poll conducted on May 17, 2009. His unprecedented decline in popularity among Israeli Jews suggests a sentiment of American betrayal.

Since Israeli Prime Minister Benjamin Netanyahu’s important visit to Washington on May 18, 2009, whereby he personally familiarized President Obama about the numerous legitimate existential threats to Israel’s national survival, Obama has,

1. Reached out to 1.5 Billions Muslims.
2. Traveled to Saudi Arabia and Egypt, by-passing Israel.
3. Quoted Islamic scriptures on June 4, 2009 in his pro-Muslim Cairo speech.
4. Declared America is one of the largest Muslim populated world countries.
5. Stated that America is no longer only a Christian, but also a Muslim nation.
6. Pressured Israel to freeze all settlement expansions in the West Bank.
7. Refused to give a green light for Israel to attack Iran.
8. Allowed Iran to continue the development of it’s nuclear program.
9. Authorized non-Hebrew translated roadside signs in the West Bank.

Israelis are genuinely concerned that his above actions imply President Obama has made a calculated choice to befriend some oil rich Arab States and belittle Israel? After all, America is presently experiencing a severe energy and financial crisis and in desperate need of wealthy nations like Saudi Arabia, to fund its national debt and supply its oil.

America’s president unknowingly proceeds politically to accomplish what Iran and many of Israel’s Arab enemies today plot militarily, which is to wipe the Jewish State off of the map.