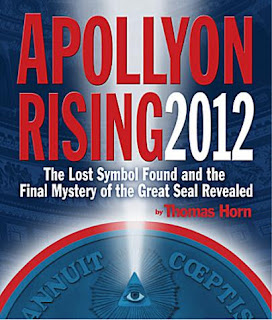 What’s occurring in this wayward world between 2010 and 2012? Will the next two years turn out to be the most pivotal in HUMAN HISTORY?

America has some DEEP DARK SECRETS hiding behind its "Great Seal" according to Dr. Thomas Horn, the author of Amazon's #1 best seller "Apollyon Rising 2012"!

In this 3- Part Prophecy Update Radio show, Dr. Horn lays it all out with host Bill Salus. Are the Israeli War prophecies about to occur, will full disclosure of the Alien Nephilim Extra Terrestrial campaign be announced, and is the ANTICHRIST about to be revealed? These and many other topics are addressed in this series of timely interviews.

Tom Horn has accumulated over 6000 pages of research and exposes mysteries behind the Mayan calendar, the mystical Jewish Zohar, the Cherokee Rattlesnake prophecies and more in these three brilliant interviews. You will be at the edge of your seat throughout all segments of this discourse.

Watch Bill Salus on Jewish Voice television with Jonathan Bernis. Bill discusses with Jonathan Bernis the origins of the Middle East conflict. Jonathan asks Bill to tell the viewers about the Psalm 83 War. Also Bill tells Jonathan why the nations sharing common borders with Israel today are not listed in the Ezekiel 38 and 39 Russian – Iranian Magog invasion. John Brown of Zion Oil is also on this program.

View part one by clicking HERE NOW (Be patient for download)

This week on PROPHECY UPDATE RADIO Bill Salus interviews his friend Jonathan Bernis of Jewish Voice Ministries about his new book "A Rabbi Looks At the Last Days".

Jonathan Bernis is a Jesus believing Jewish Rabbi and the host of Jewish Voice television, which is viewed daily worldwide. Jonathan puts his heart upon his sleeve in this radio interview and reminds Christians of the importance of supporting their Jewish brothers and sisters in these turbulent end times. 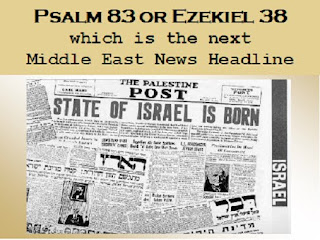 Many military analysts are concerned an Israeli pre-emptive strike against Iran's nuclear sites could trigger a chain of uncontrollable war events in the Middle East. Some suggest that such a strike could occur in 2010!
Additionally, many eschatologists are suggesting that ancient Bible prophecies contained in Psalm 83 and Ezekiel 38 are about to find final fulfillment. Is the "MOTHER OF ALL MIDEAST WARS" about to occur? What's next, Psalm 83 or Ezekiel 38?
CLICK HERE to read entire Bill Salus article 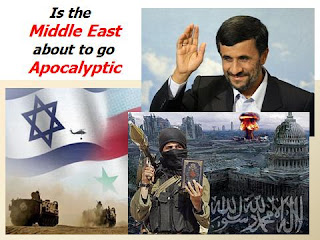 On December 2, 2009 Iranian president Ahmadinejad declared “The Zionist regime (Israel) and its (western) backers cannot do a damn thing to stop Iran's nuclear work". Just a few days later according to Debkafile, Iran successfully simulated the detonation of a nuclear warhead in laboratory conditions. This is an alarming development because detonation is one of the most difficult challenges in the development of a nuclear weapon.

Bill was involved in an Internet debate as to whether Psalm 83 and Ezekiel 38 are one and the same battle. It was sponsored by Raptureready.com. They posted two competing articles on the subject. One from Dr. Beshore, which promotes the two events being the same event, and the other is written by Bill. Click here to read Dr. Beshore's article and you can access Bill Salus's article by CLICKING HERE NOW. Prophecy Depot encourages the reading of both articles.

Additionally please note that the Dr. Beshore article suggests that my hypothesis mandates that the Rapture must occur before the Psalm 83 event and that the Ezekiel 38 episode must occur within the Tribulation period.

My article points out that I believe Psalm 83 precedes the Ezekiel 38 event and that in the aftermath of the Israeli Conquest of the Psalm 83 confederates, the stage becomes set for the coming Ezekiel 38 invasion.