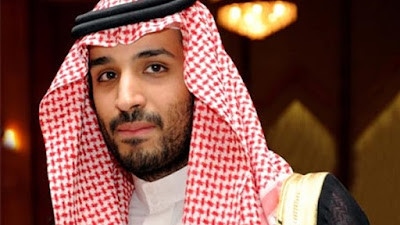 He plans to arm Syrian rebels militias with missiles capable of striking the new Russian T-90 tanks, which debkafile’s intelligence sources disclose were shipped directly to the Syrian army’s armed divisions in the last two weeks from the Russian Black Sea base of Novorossiysk. (READ MORE)

US sending nuclear-capable B-52 bombers to ISIS fight 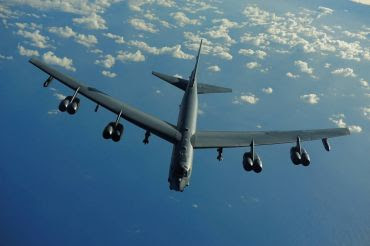 The B-52 Stratofortress will start its first bombing campaign against ISIS in April, the Air Force Times reports. It's not clear how many B-52s or airmen will be involved. 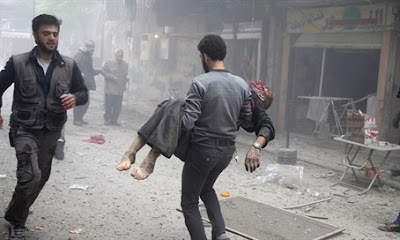 Warplanes struck a key rebel bastion east of the Syrian capital on Friday for the first time since a fragile truce began over the weekend, a monitor said.

"Two air strikes hit the edge of the town of Douma in Eastern Ghouta and one person was killed," said Rami Abdel Rahman, head of the Britain-based Syrian Observatory for Human Rights.
He said the strikes were conducted by either Syrian or Russian planes. It was unclear whether the individual killed was a civilian or a fighter.

Friday marked the seventh day of the truce brokered by the United States and Russia. (READ MORE)

NATO: Russia in the way of solving Syrian conflict 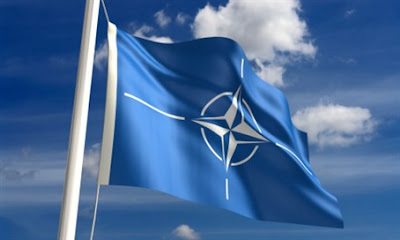 NATO on Friday accused Russia of complicating the search for a solution to the Syrian conflict by bombing moderate opposition groups battling President Bashar Al-Assad.

"As Russia has provided greater levels of military support for President Assad -- including bombing moderate opposition groups, and driving tens of thousands of civilians from Aleppo and other cities -- it has made it even more difficult to find a long-term end to the violence and a negotiated peace and political transition," he added. (READ MORE) 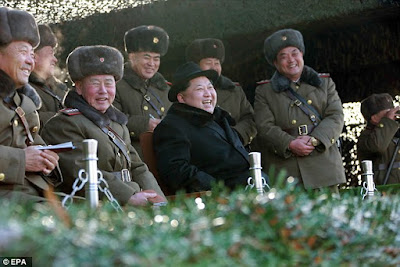 SEOUL, South Korea –  North Korean leader Kim Jong Un ordered his military on standby for nuclear strikes at any time, state media reported Friday, an escalation in rhetoric targeting rivals Seoul and Washington that may not yet reflect the country's actual nuclear capacity.

The threats are part of the authoritarian government's ramped-up propaganda push to signal strength at home and abroad in the face of what it portrays as an effort by South Korea and the United States to overthrow its leadership. (READ MORE)

ISIS believed to have 100 members in Israel

Israeli officials believe that the Islamic State (ISIS) jihadist group has 100 activists in Israel, a year and a half since the group announced the establishment of a “caliphate” in parts of Syria and Iraq it captured.

Channel 10 News reported on Thursday that according to statistics, about 34 indictments have been filed against Israeli Arabs on charges related to belonging to the organization and 40 Arab citizens have already left Israel to join the jihadist group.

The Palestinian Authority estimates that ten Palestinian Arabs who have gone missing are believed to have crossed the border to the Sinai and Syria to join ISIS, according to the report.

ISIS has announced that it intends to recruit as many Israeli citizens as possible in order to carry out a large attack with as many casualties as possible, and is believed to be actively recruiting members.
The report came hours after two Arab Israelis from Nazareth and nearby Yafi'a in northern Israel were indicted on suspicion of plotting terror attacks on behalf of ISIS.

Baha Al-Din Masuara, 19, and Ahmed Nabil Ahmed, 21, were indicted on charges including providing support to an enemy during a time of war, making contact with a foreign agent, and support for the terrorist organization.

This is far from the first ISIS cell broken up by security forces. Previous cells have included both recruitment cells sending fighters to Syria and Iraq, as well as increasingly terror cells preparing to mount attacks on Israeli soil.

Most ISIS terror plots have been foiled in time by Israeli security forces, but the Shin Bet recently revealed that a February stabbing attack by an illegal infiltrator from Sudan was likely the jihadist group's first successful terror attack inside Israel. 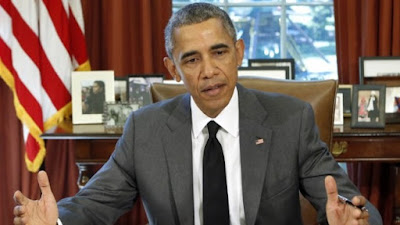 Seven years into Barack Obama's presidency, Israeli website Mida decided to check whether the Nobel Peace Prize laureate's isolationist approach has brought about a decrease in global war deaths.
It turned out that the opposite is true.

Mida editor-in-chief Akiva Bigman perused the database of the Department of Peace and Conflict Research at Uppsala University in Sweden, which includes a comprehensive list of wars and conflicts worldwide using data collected since 1989.

The database contains a detailed list of global battle-related death tallies, which includes all those killed as a direct result of military operations, including civilians killed by bombardments, civilians killed in crossfire, and so on. It goes up to 2014, and Bigman filled in 2015 and early 2016 using other sources. (READ MORE)

Hamas said to have fully restocked its missile arsenal 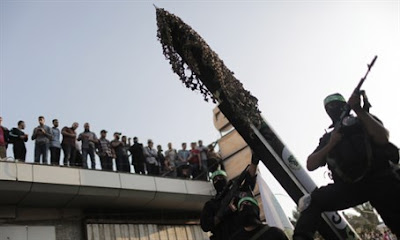 Just over a year-and-a-half has passed since Israel's government agreed to a ceasefire with the Hamas terrorist organization in August 2014, ending Operation Protective Edge, but new Israeli assessments indicate Hamas has already fully restocked its missile arsenal.

The appraisal, reported by Walla on Friday, notes that most of the missiles that bring Hamas back to the amount it had before it launched its third terror war on the Jewish state are of a shorter-range, and are domestically produced and therefore of a lower quality.

Back in June 2014 the terror group had around 12,000 rockets of various ranges, including long-range missiles. According to reports Hamas used around 4,600 of its rockets during the Operation, and another 4,000 or so were destroyed in Israeli strikes, leaving the terrorists with a third of their arsenal by the end of the fighting.(READ MORE)

Hezbollah vows to invade Israel in the next war 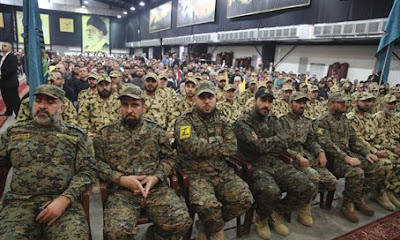 Hezbollah sources cited in a unique speak peak into the Lebanese Iran-proxy terror group claim that they have gained powerful weapons and experience from the Syrian civil war, which will allow them to invade Israel in their third war against the Jewish state.

The Foreign Policy article Thursday, entitled "Hezbollah's Death Valley," spoke about Hezbollah's involvement in Syria, where it is fighting to prop up Bashar al-Assad's regime on Iran's orders. It has lost many of its terrorists there, but sources in the group told the paper the fighting has only helped them.

“In the next war, Hezbollah won’t stay on the borders, and the Israeli settlements in the north will not be protected from this," a source close to the terror group based in southern Lebanon told the paper, claiming Hezbollah now for the first time can infiltrate Israel in open war. (READ MORE)

Biblical sheep to return to their homeland 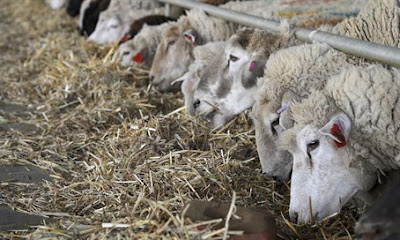 The book of Genesis (30:32) states that Jacob received speckled and spotted sheep as payment from his father-in-law Laban.

According to Modern Farmer, only about 5,000 Jacob sheep exist in the world. The breed has a distinctive look due to its four horns: two large and curved ones on the top of the head and another two smaller ones on the sides of the face. It's often described as resembling a goat, which can be explained by the purebred status and the absence of interbreeding with other sheep for thousands of years.

Jenna and Gil Lewinsky, an Israeli couple currently living in Canada, have been working for almost a year to import 130 of the “Jacob sheep,” but they have been hindered bureaucratic roadblocks.

Although the breed originated in the Land of Israel, the Ministry of Agriculture the import of livestock from Canada. Fortunately, the Israeli embassy in Canada offered its “strong recommendations” and encouraged Canadian officials to travel to Israel and meet with people from the Ministry, after which the ban was adjusted.

As the project gained steam, more Israeli officials took interest. Jenna Lewinsky says that Israeli ambassador to Canada Rafael Barak visited their British Columbia farm and even got to witness a lamb being born.

“It should be the national animal of the Jewish people,” she says. “It would be a very important and historic moment when the sheep return after basically 2,000 years.”


The Lewinskies are waiting for the medical tests to conclude and expect to achieve their goals sometime this year. They hope that the sheep, which will live on a farm in the Golan Heights, would provide educational opportunities and draw interest to the Biblical heritage. 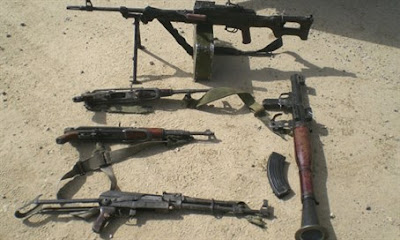 Weapons factories producing makeshift firearms are becoming more common, Reuters reports.
Israeli security officials have seen a rise in the number of weapon factories in Judea and Samaria, while experts familiar with the Palestinian Authority black market note the flood of locally produced of guns.

While an authentic M-16 assault rifle costs upwards of $18,000 in the PA black market, guns produced in local metal foundries can be found costing as little as $500.
A raid by Israeli security forces last week uncovered one such foundry, used to produce sniper rifles and pistols.

Often times the weapons are domestic knockoffs of big-name foreign guns. The Carl Gustav submachine gun, for instance, inspired the Carlos guns produced inside the Palestinian Authority.
Some of the recent attacks in the ongoing terror wave involved locally manufactured guns like Carlos, including the murder of Hadar Cohen near the Old City of Jerusalem.
The terror cell recently arrested following a wave of sniper attacks in Hevron also used firearms produced in local gun factories.