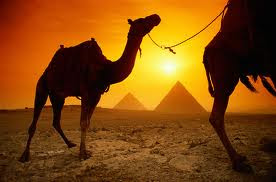 “I (the Lord) will make the land of Egypt desolate in the midst of the countries that are desolate; and among the cities that are laid waste, her cities shall be desolate forty years; and I will scatter the Egyptians among the nations and disperse them throughout the countries.” (Ezekiel 29:12, nkjv)

Ezekiel tells us Egyptians will be scattered among the nations and dispersed throughout the countries for forty years. No historical record or archaeological finding has yet confirmed an Egyptian (40-year) deportation similar to those experienced by Israel’s, (400-year Egyptian bondage, 70-year Babylonian captivity, or 1878-year worldwide diaspora.)

According to the Jewish historian Josephus, Egyptians went into captivity after Nebuchadnezzar of Babylon conquered Egypt, which occurred around 568 B.C. However, it is difficult to confirm the length of the Egyptian deportation. Thus, 40-years of Egyptian deportation might still be a pending prophetic event.

Additionally, Isaiah 19 seems to connect with Ezekiel’s prophecy. (See the three related articles discussing Egypt and Isaiah 19 linked below.) Is Egypt about to experience a desolation brought on by the Arab –Israeli War described in Psalm 83?

What Does the Future Hold For Egypt?

This week on Prophecy Update Radio Derek Gilbert, from “Under the Bunker” blog-talk radio, interviews Bill Salus about the possible prophetic relevance of recent Egyptian protests. This interview was conducted on the eve of President Hosni Mubarak’s departure from office. The Ezekiel 29 and Isaiah 19 prophecies regarding Egypt are discussed.

Was Jesus a Jew or Roman Catholic? 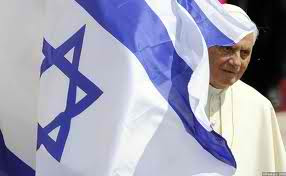 Understanding the Flaws of Catholic Eschatology

Matthew 23:39 declares Jesus won't return until the Jews proclaim “Baruch haba b'shem ADONAI!” This is Hebrew for “Blessed is He who comes in the name of the LORD!” However, Catholic eschatology teaches Christ returns after humanity converts to Roman Catholicism. This implies Jews, Muslims, Protestants, Hindus, and Buddhists must convert to Catholicism. Is this why the Vatican is presently reaching out to world religions?

This week on Prophecy Update Radio Bill interviews end time’s expert Mike Gendron the founder of Proclaiming the Gospel Ministries. Mike discusses the dangers of Catholic eschatology and the “Four Steps” of Christian apostasy listed below:

The “seeds of apostasy” are already deeply rooted inside Christianity today according to Gendron. He believes the stage is set for the harlot world religious system of Revelation 17 to take over. According to a Mary apparition, “Mary is coming for all her children.”

Listen Now to Part One 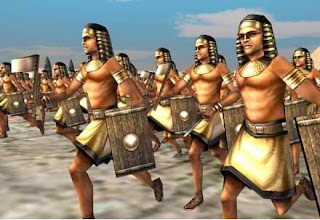 Most modern day equivalents of the Psalm 83:6-8 participants are easily identifiable today. Clearly, the territories of Edom, Moab, and Ammon represents modern day Jordan. Furthermore, Tyre still exists in Lebanon and the Gaza Strip is located in ancient Philistia. However, Egypt is more difficult to identify causing some scholars to question its existence in the Psalm. (Read Article Now)

The Treasured Ones of Psalm 83 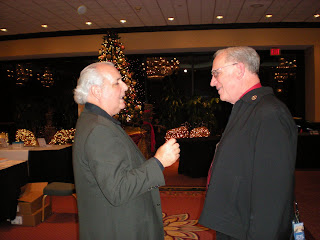 Comment - Dear Mr. Salus - I regularly receive emails from Bible Prophecy and as a matter of fact, I pray Psalm 83 every night for the total defeat of Israel's satanic enemies. Regarding your article "Is the Church Identified in Psalm 83?" I would like to bring the following to your attention. In my Bible Ps.83.3 reads as follows:

"They are making secret plans against your people; they are plotting against those you protect."

I feel that this translation of vs.3 is far more descriptive, especially in light of current events that are leading up to Psalm 83, which I believe will be the next "happening" in the prophetic mid east calendar. It never ceases to amaze me how much different Bible translations differ. Yours in Christ – J.M. - South Africa

Response – Dear J.M. thanks for your comment. In 2010, Chuck Missler and I discussed this topic at a Southern California prophecy conference we were speaking at. (Read full response)

What Does the Future Hold for Egypt? 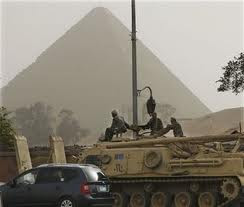 The question about Egypt’s future was asked on Prophecy Depot’s Facebook site. Below please find the question and answer.

Q. Bill, in reading Isaiah 19 the WORD speaks of smiting Egypt...then healing it and they returning back to the Lord...even an altar is built on the borders for worship to our true God. vs. 24 says Israel shall be the third with Egypt and Assyria--a blessing in the midst of the land.
My question....is this after Psalm 83?