The Timing of the Rapture - Part Two 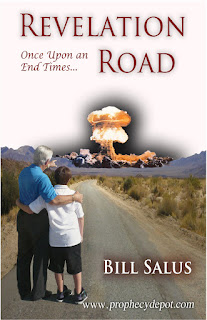 Recently I authored an article regarded with the timing of the Rapture. It was part one in an article series, and addressed the three primary Pre-Psalm 83 views about the event. This article can be viewed here.

For part two I thought to try something different. Part two addresses the Pre-Ezekiel 38 viewpoint about the Rapture’s timing. But, rather than doing a typical exposition, I’m presenting an unedited excerpt out of my upcoming book called Revelation Road.

Rev - Road begins as a novel but includes a full chapter-by-chapter "Companion’s Commentary" section. In the commentary I explain why I declared what I did within the novel portion of the book. What you are about to read is a conversation between two lead characters in the novel section of the book regarded with the Pre-Ezekiel 38 timing of the Rapture. Read Part Two Now